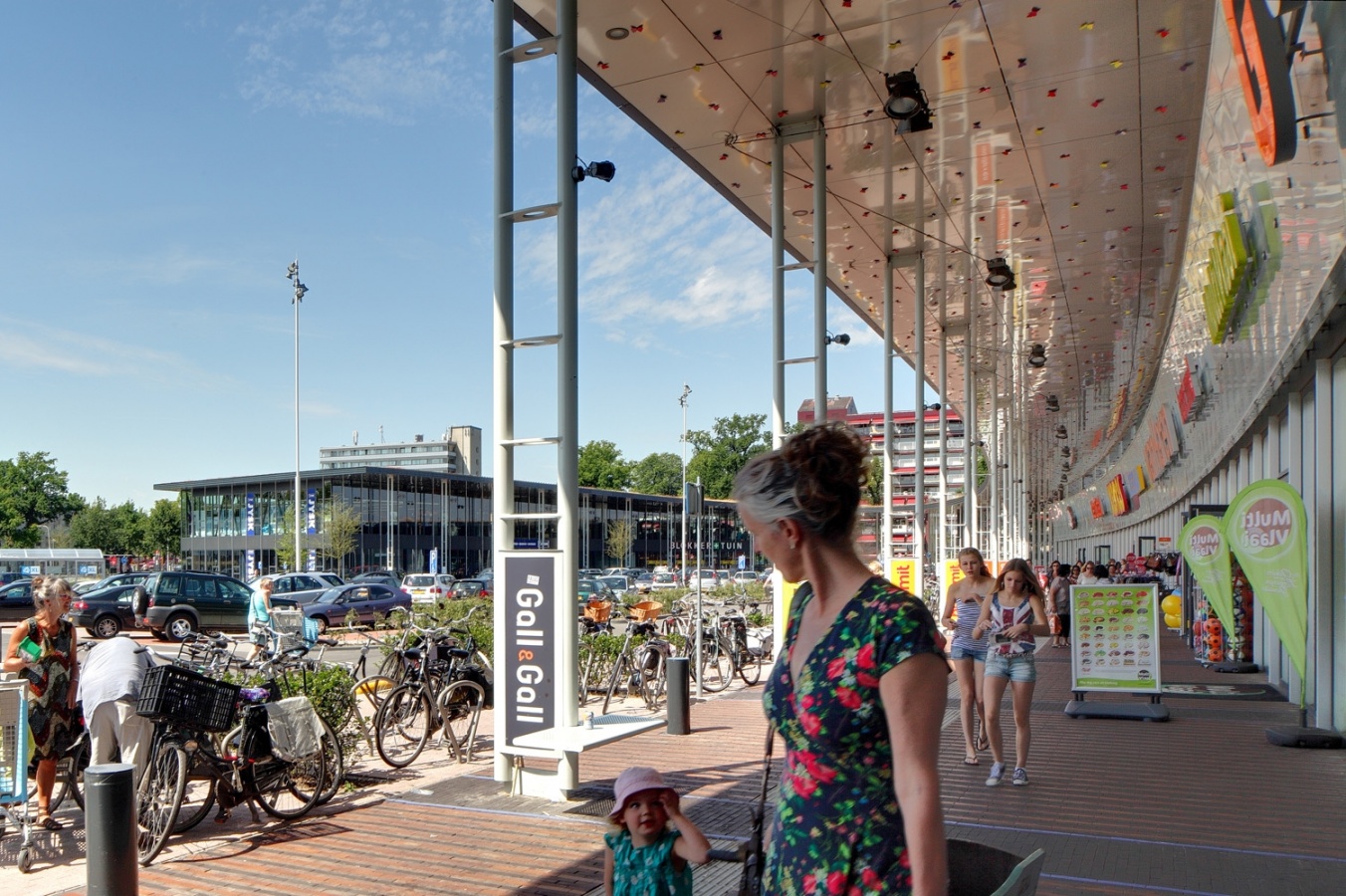 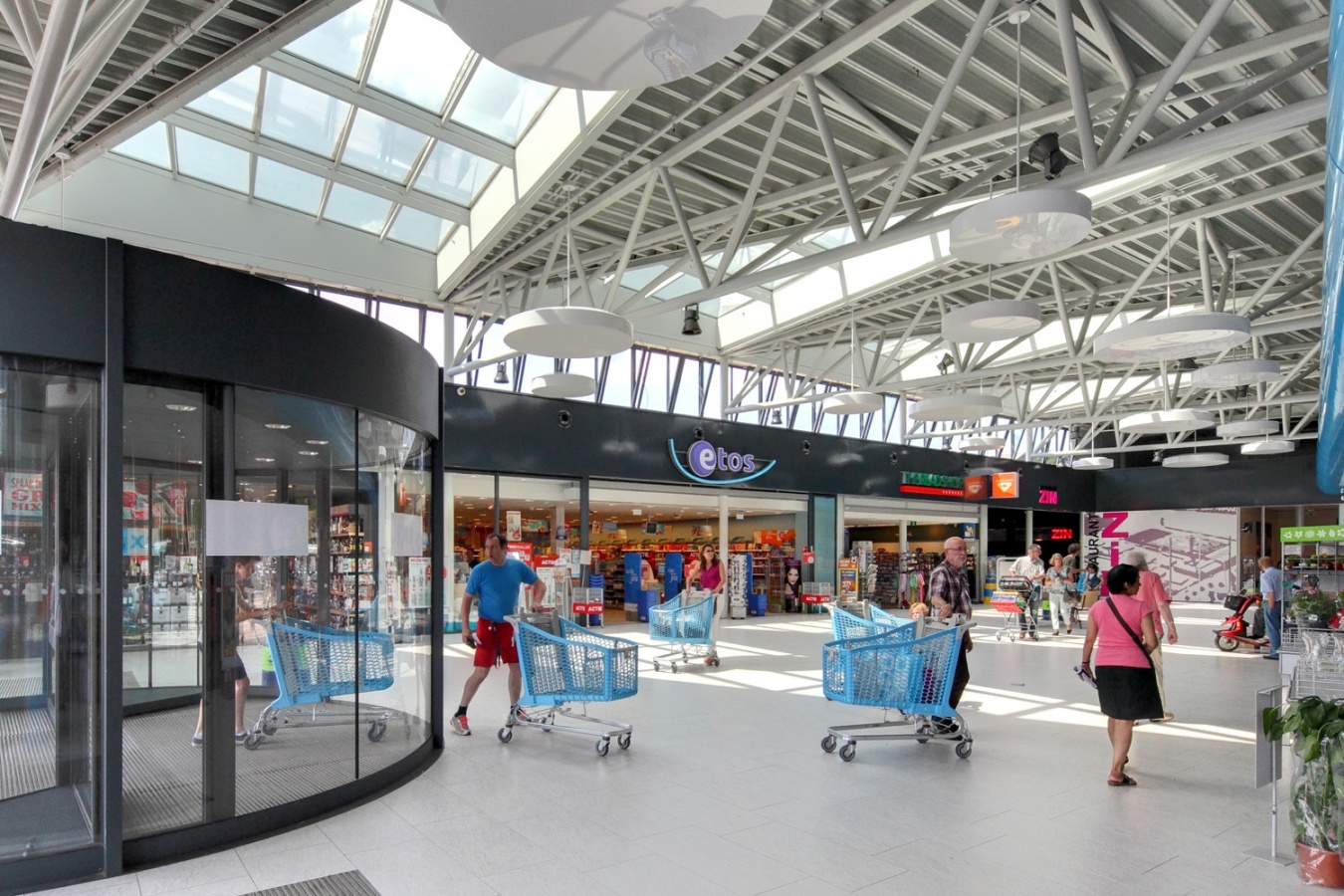 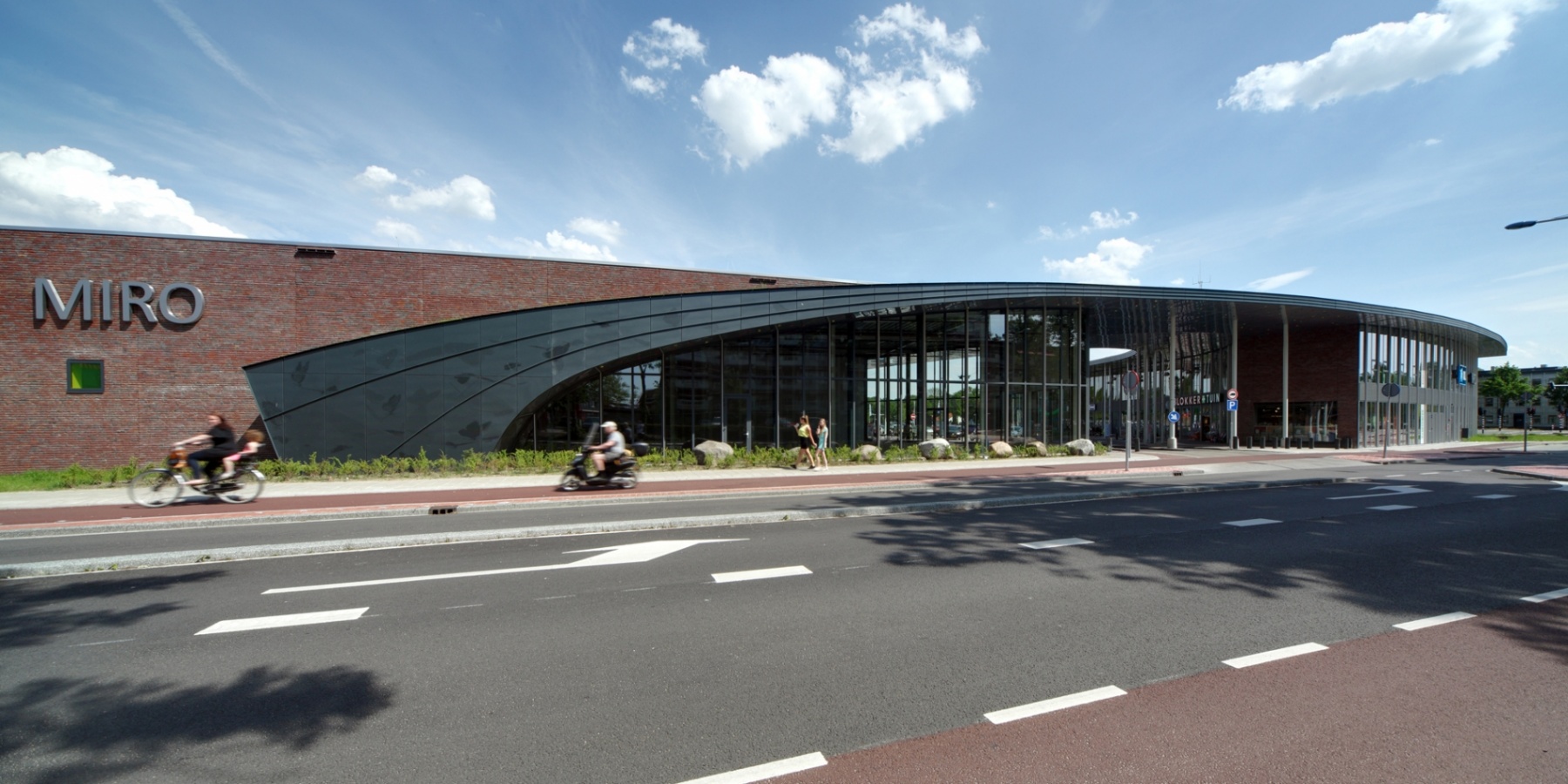 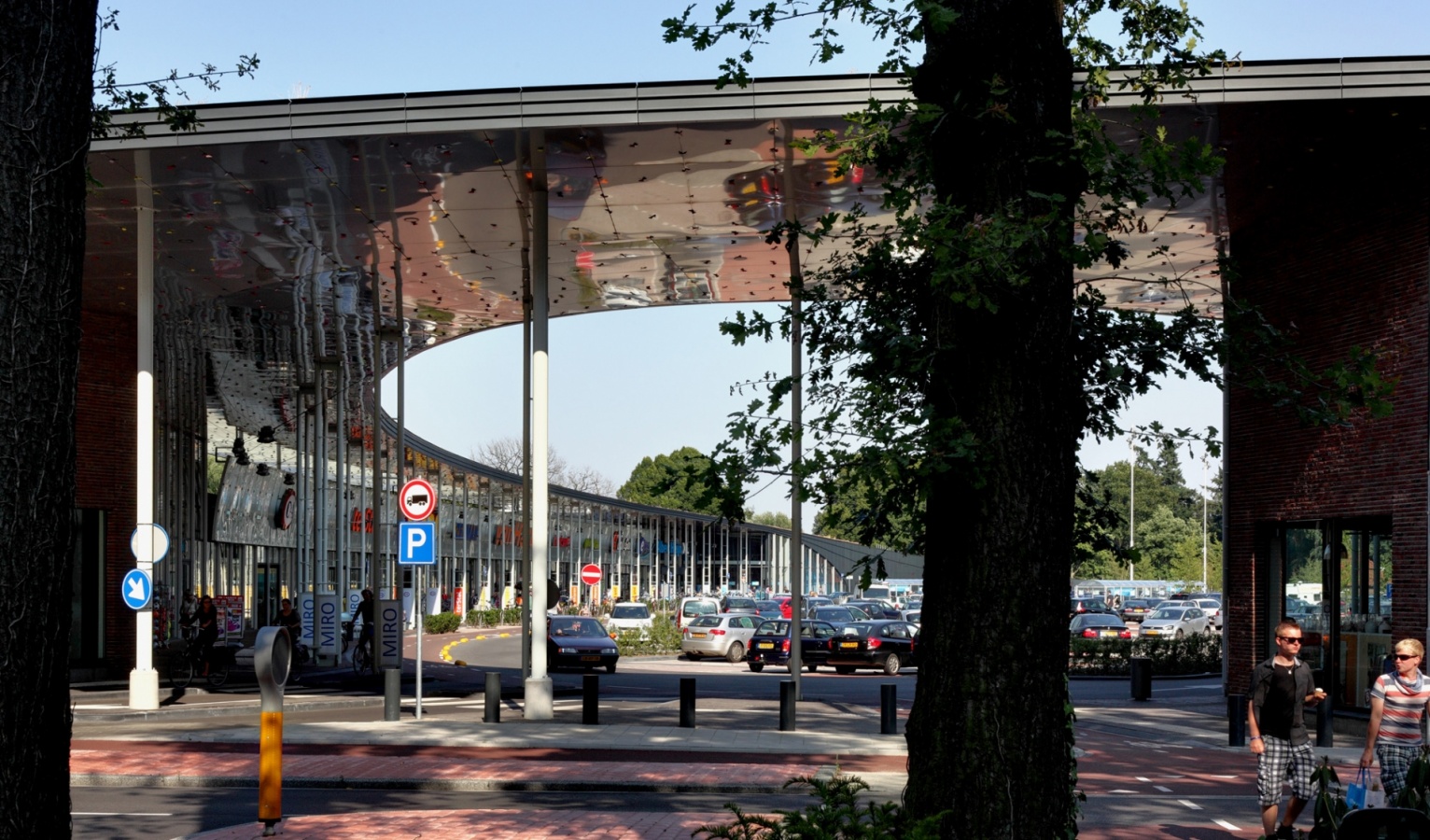 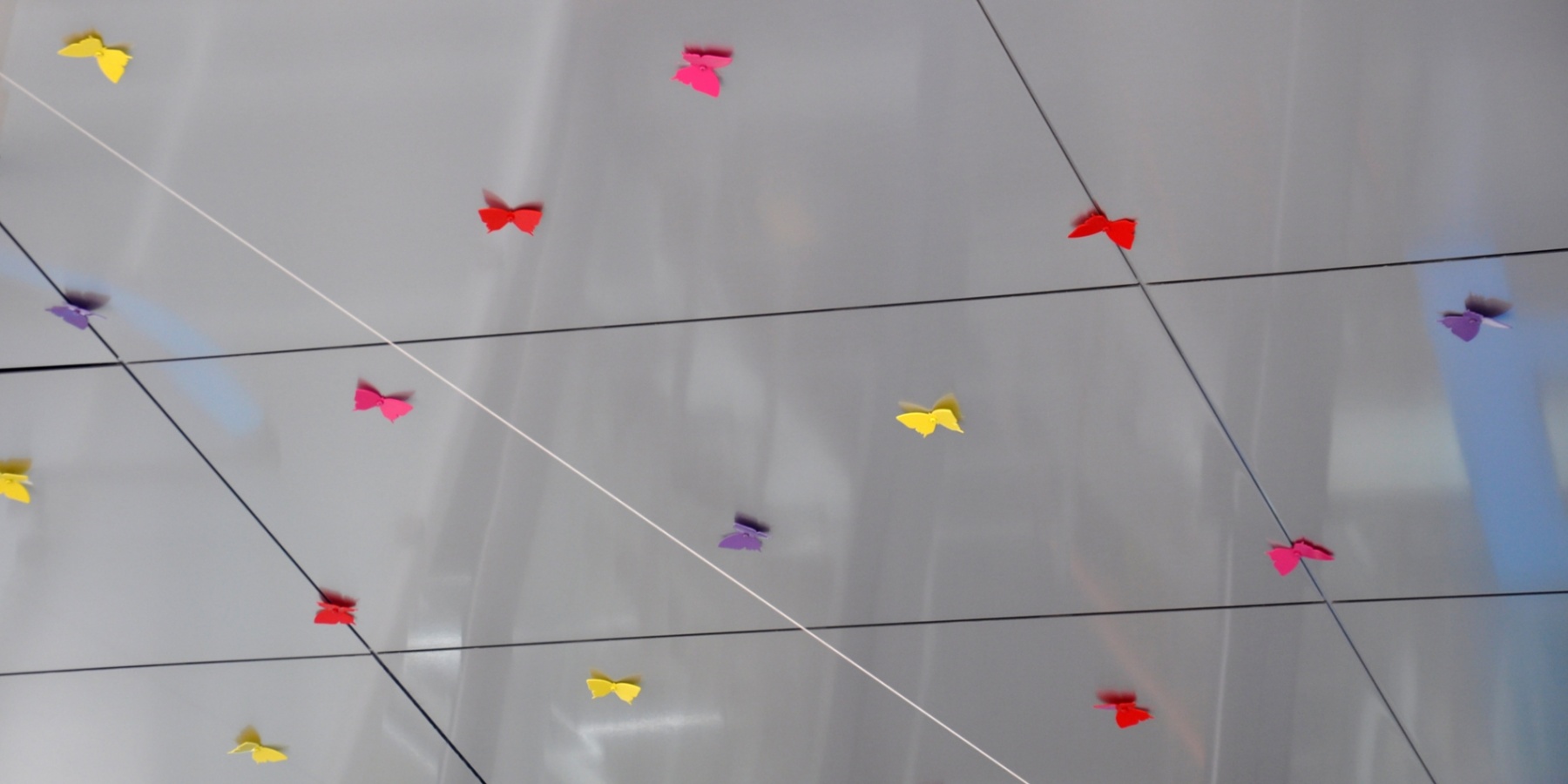 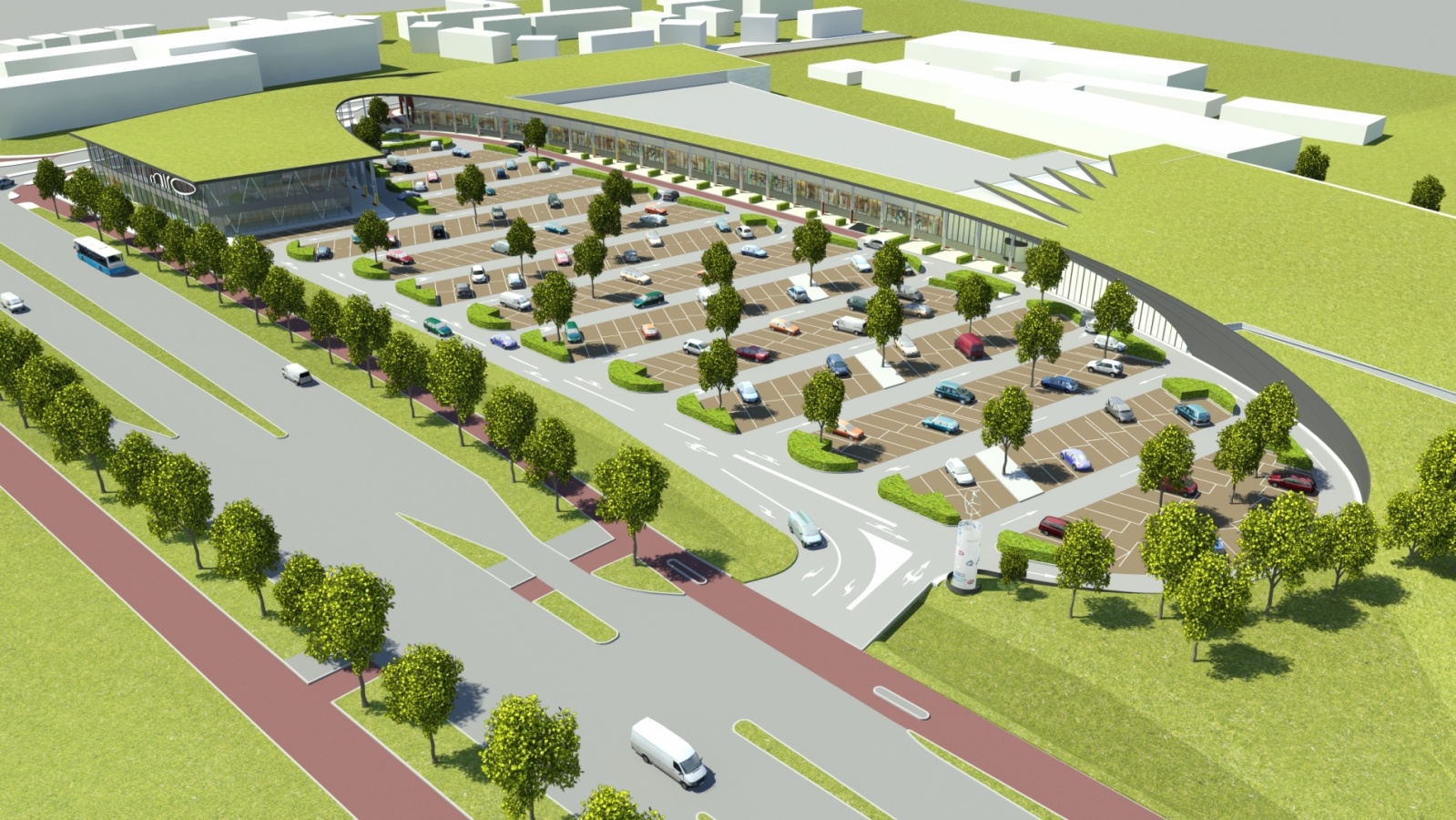 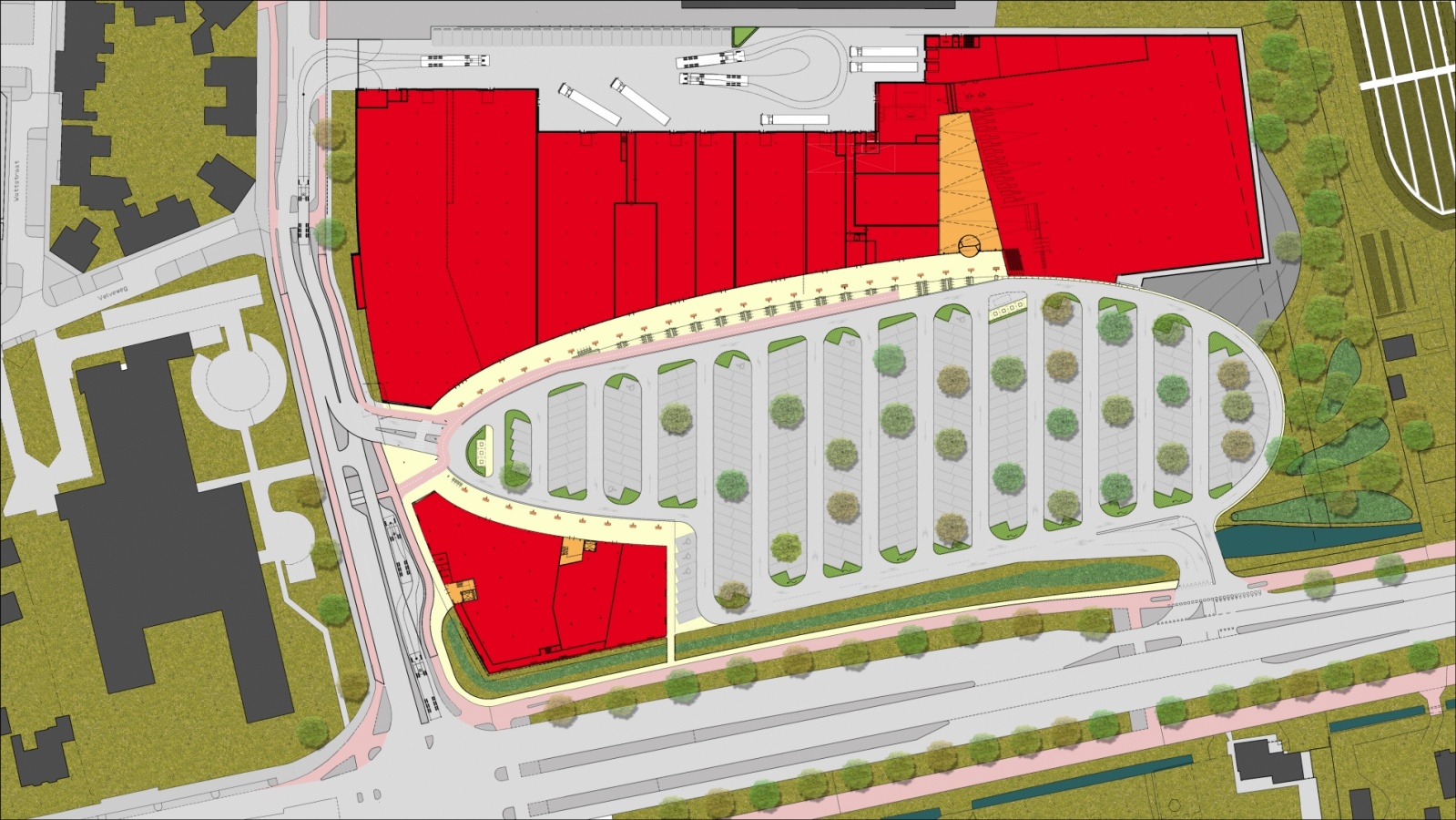 On the east side of Enschedé, on the outskirts of the city center lies the Miro shopping centre. The former mall has gradually been replaced by new buildings and was worn out. The new building has a curved façade and a large canopy. It embraces the public space and the high-quality parking facility. The shopping facade ends on the east side in a shopping arcade, which contains a large supermarket. On the west side the arcade accumulates into a two storey development. Together with public buildings on the other side of the road the building forms a port that marks the transition from the green suburban neighbourhood to the city itself. The complex includes a green roof that connects on the east end to an ecological zone for butterflies and bats.