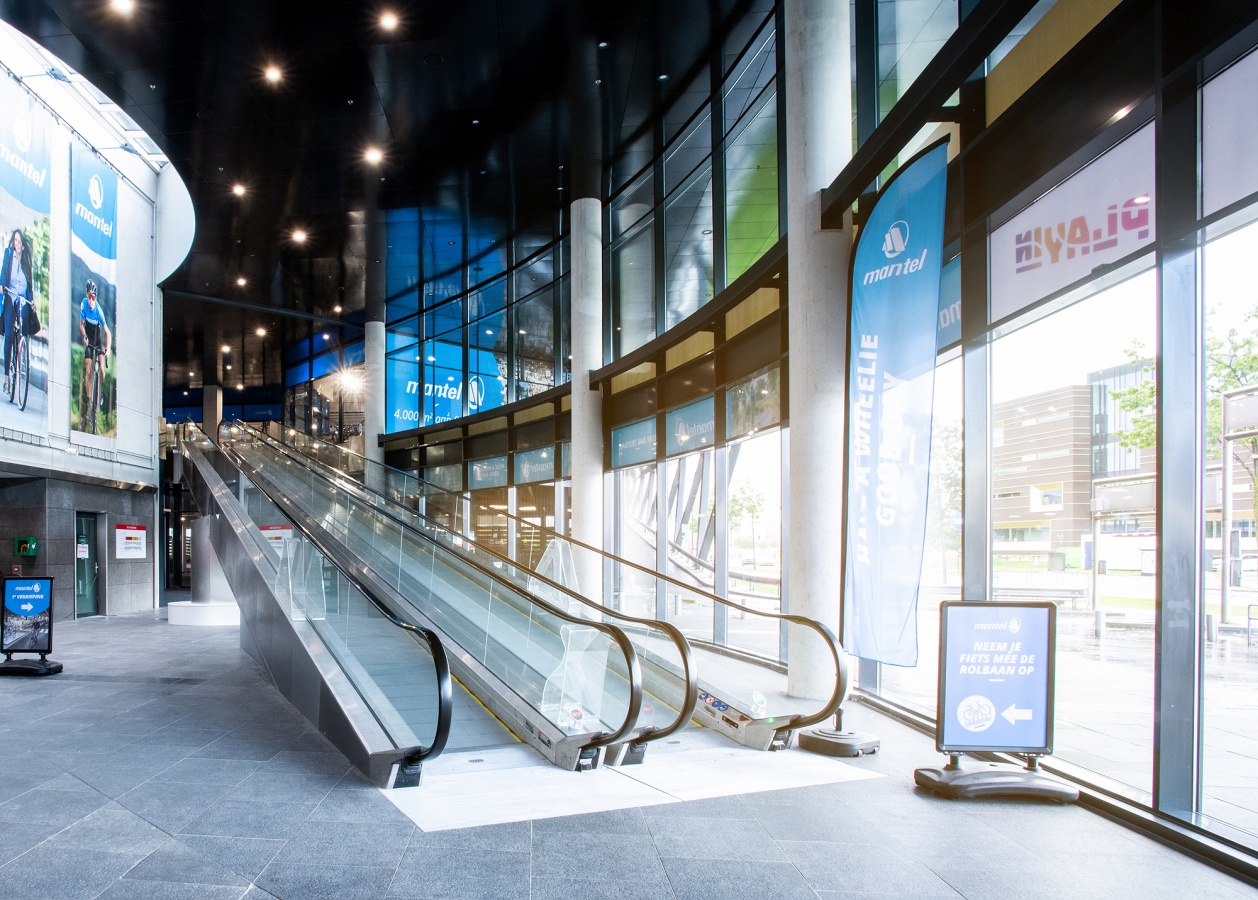 The Wall in motion
The Wall shopping center in Leidsche Rijn, located next to the A2, which also serves as a noise barrier, changed hands in 2018. Together with the new owners, real estate investors / developers Built to Build and Urban Interest, we have investigated parts that have not been implemented or have been incompletely completed and measures that are additionally needed to optimize the letting of the building. Since then, they have been working with them on perfecting both the building and the public space to make the shopping center a success.

The first steps for the Wall 2.0 have now been taken.

Since December 2018, a new AMAC location has been opened in the end building. We have made a number of allotment proposals and prepared various units in the end building based on the layout agreed with AMAC. The interior design was provided by Apple itself. In addition to a retail space, this location includes an auditorium, training room, service desk and repair center and warehouse / storage space in The Wall.

A number of improvements / changes that were implemented in 2019 and 2020 are an extra rise point to make the parking roof accessible from the adjacent office building, and an extra retail space on the deck. The entrance on the south side of the building has been adapted, with a tapis roulant and extra escalators. And on the north side of the building, an extra entrance, rising point and a roof building will be realized.

In addition, the possibilities for sustainability are being investigated by installing solar panels on the parking deck, making the parking deck greener and redesigning the ground level.