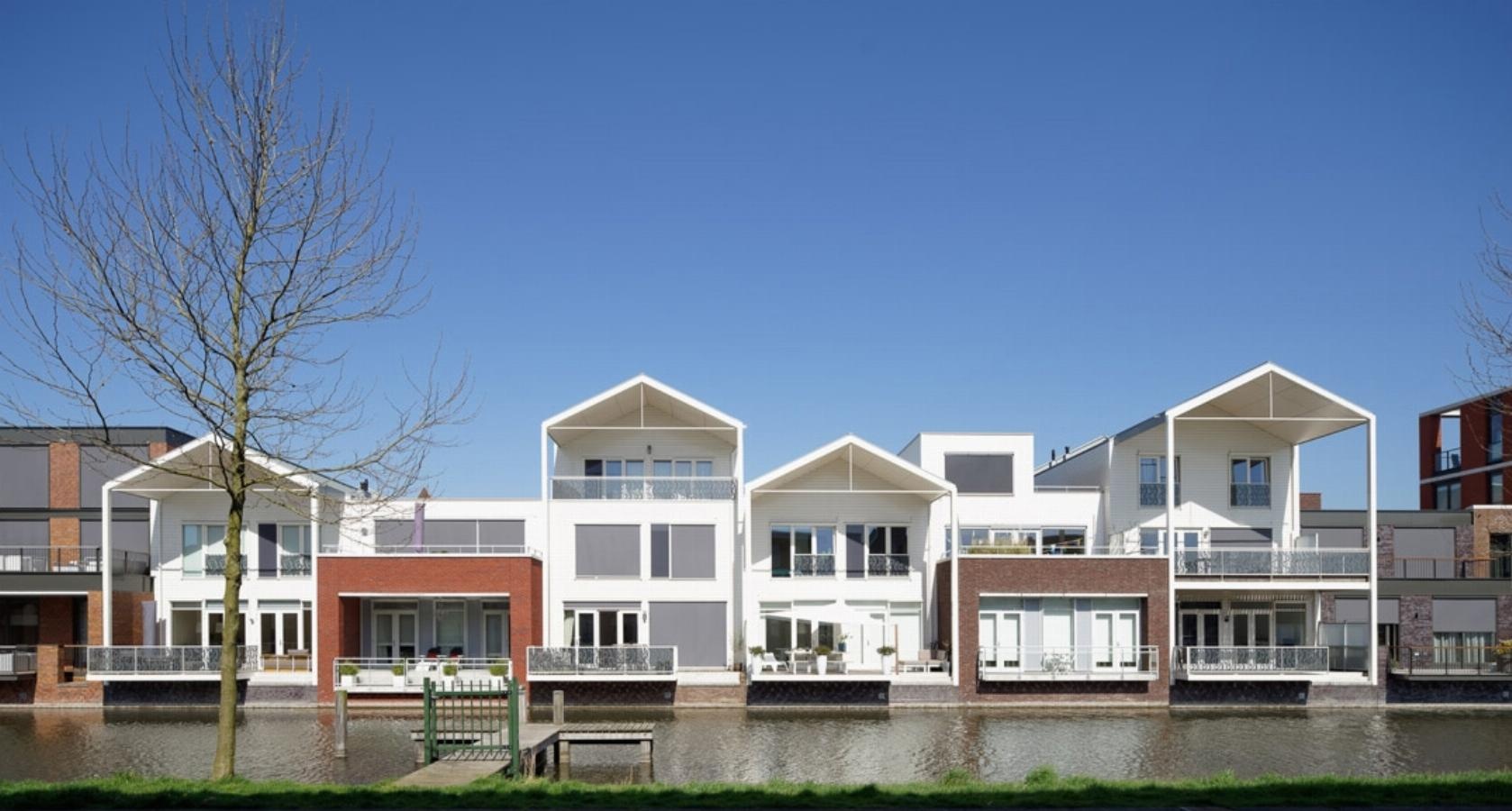 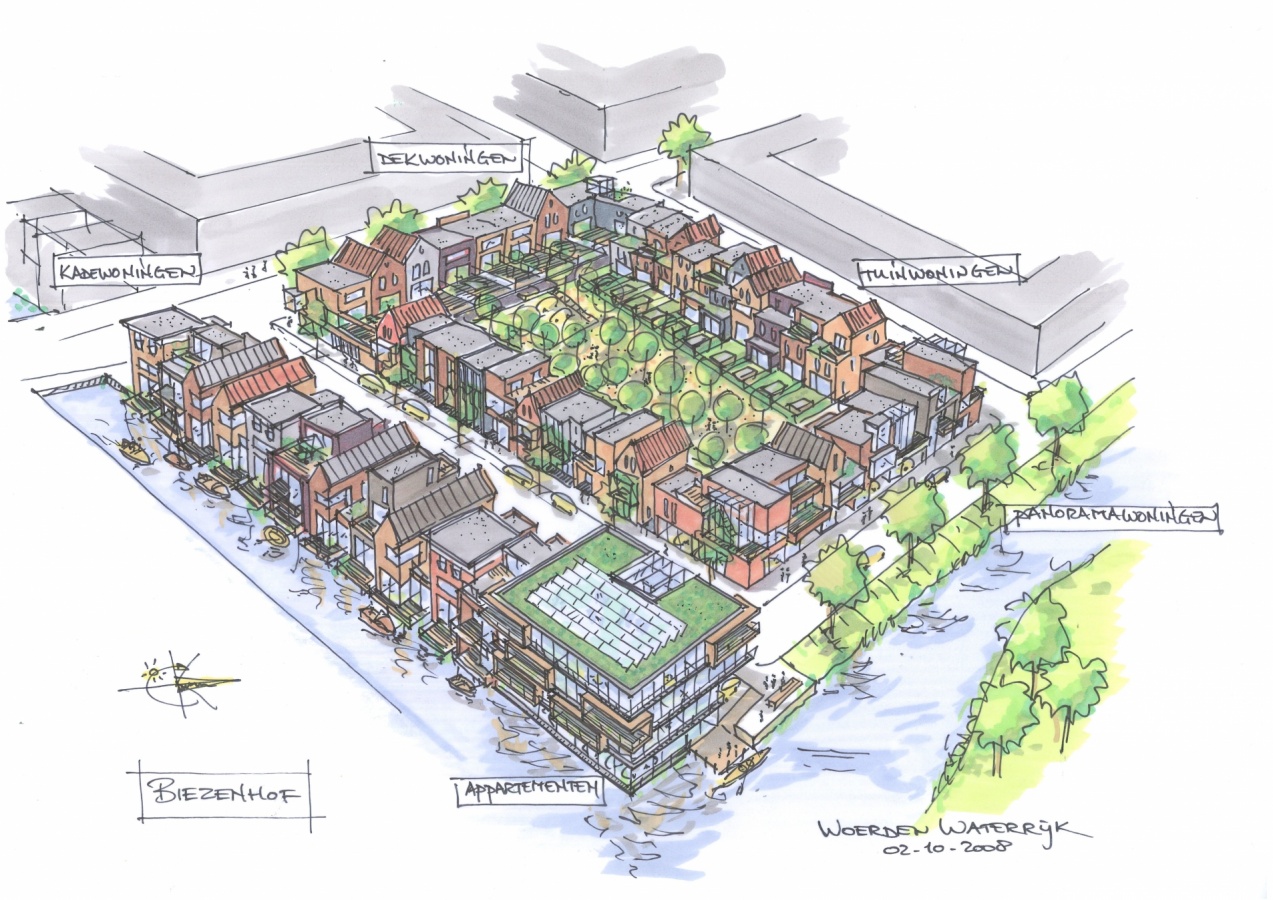 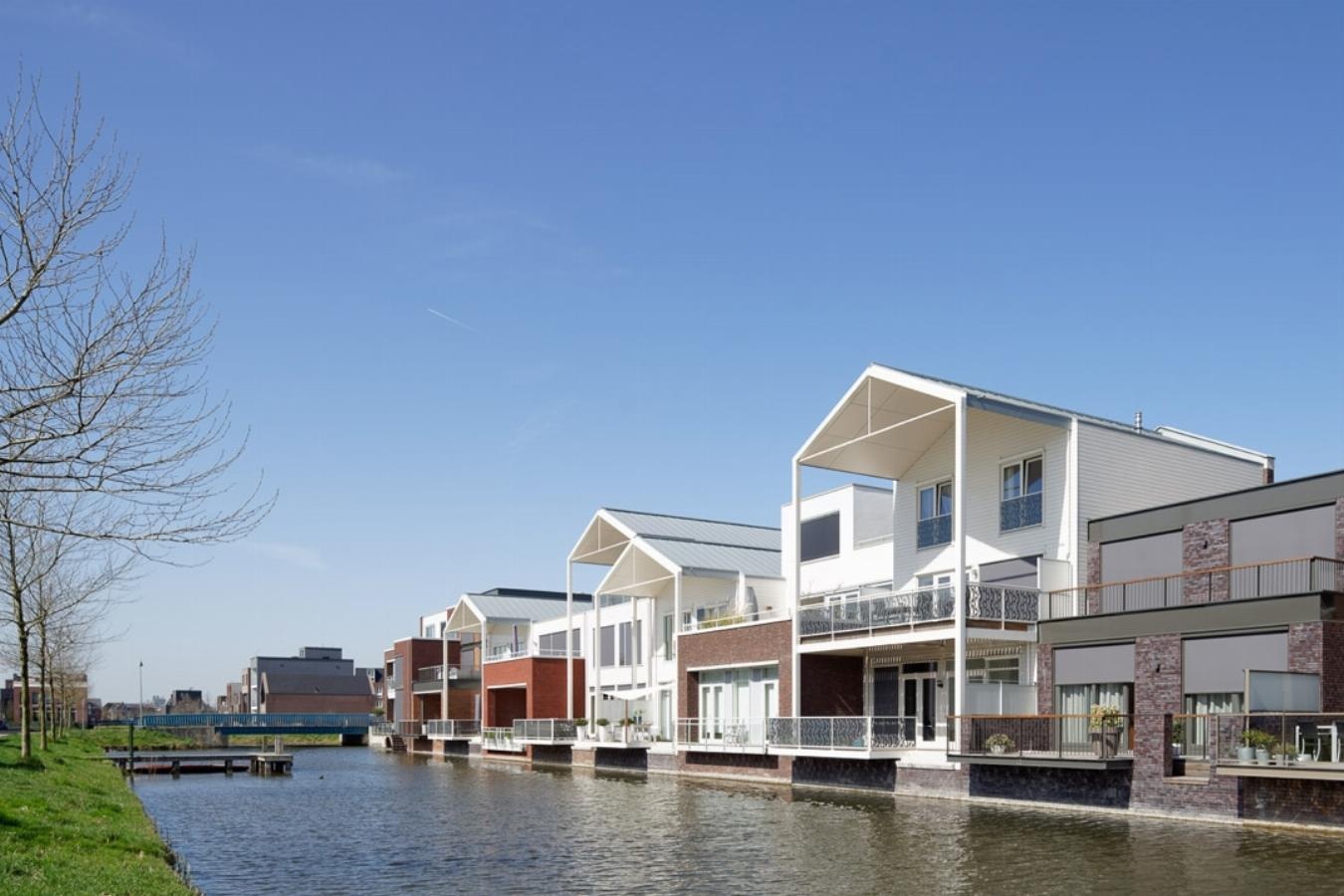 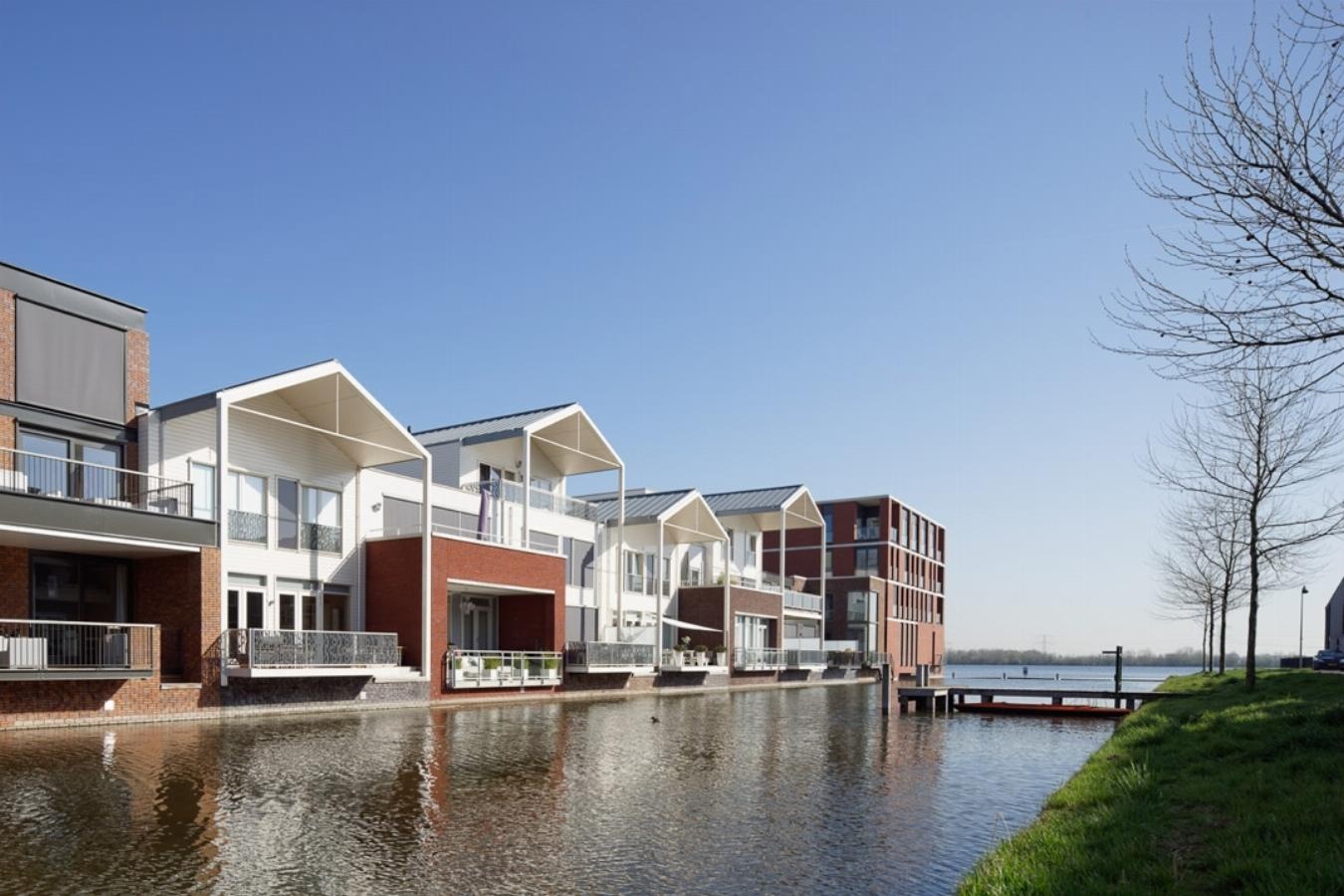 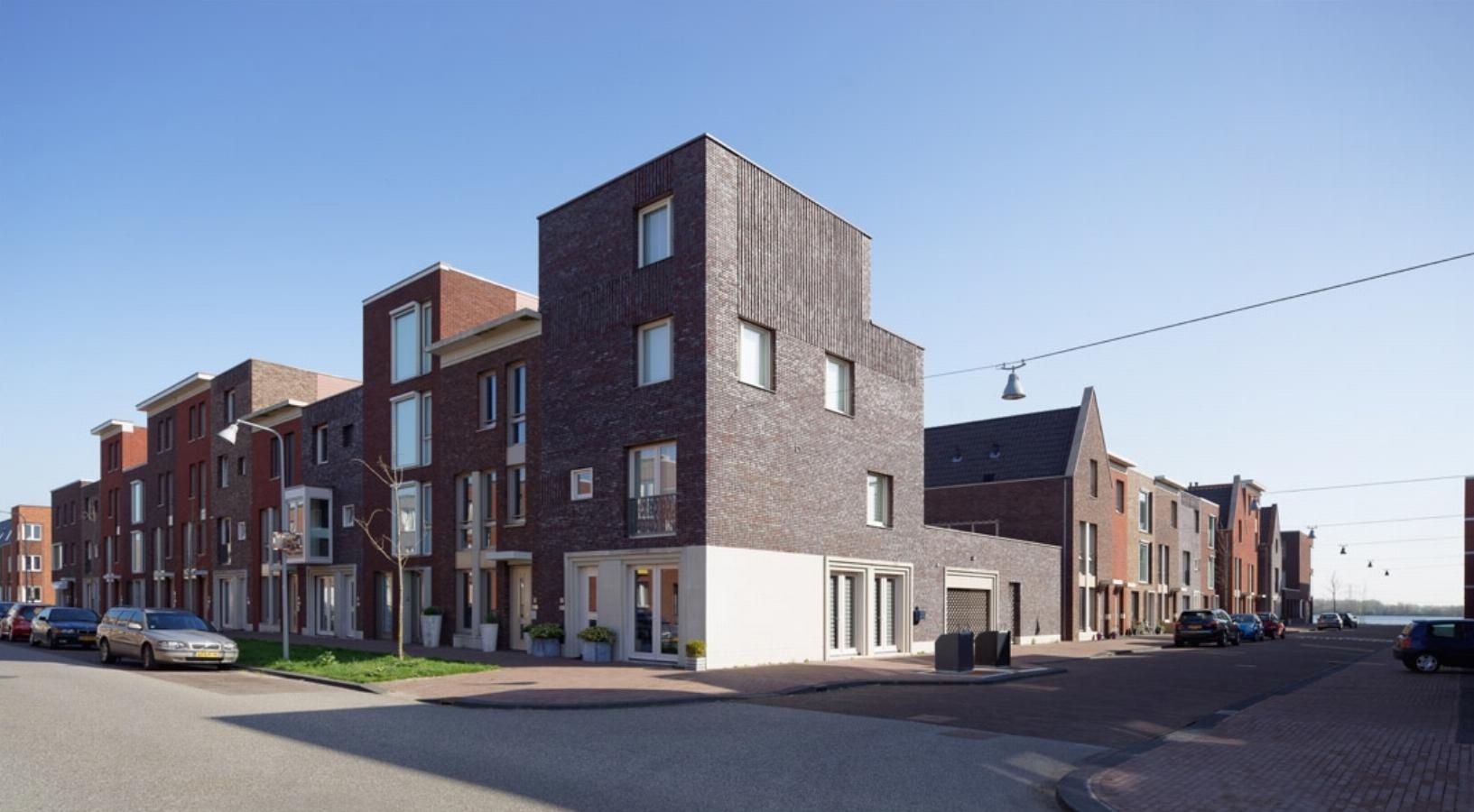 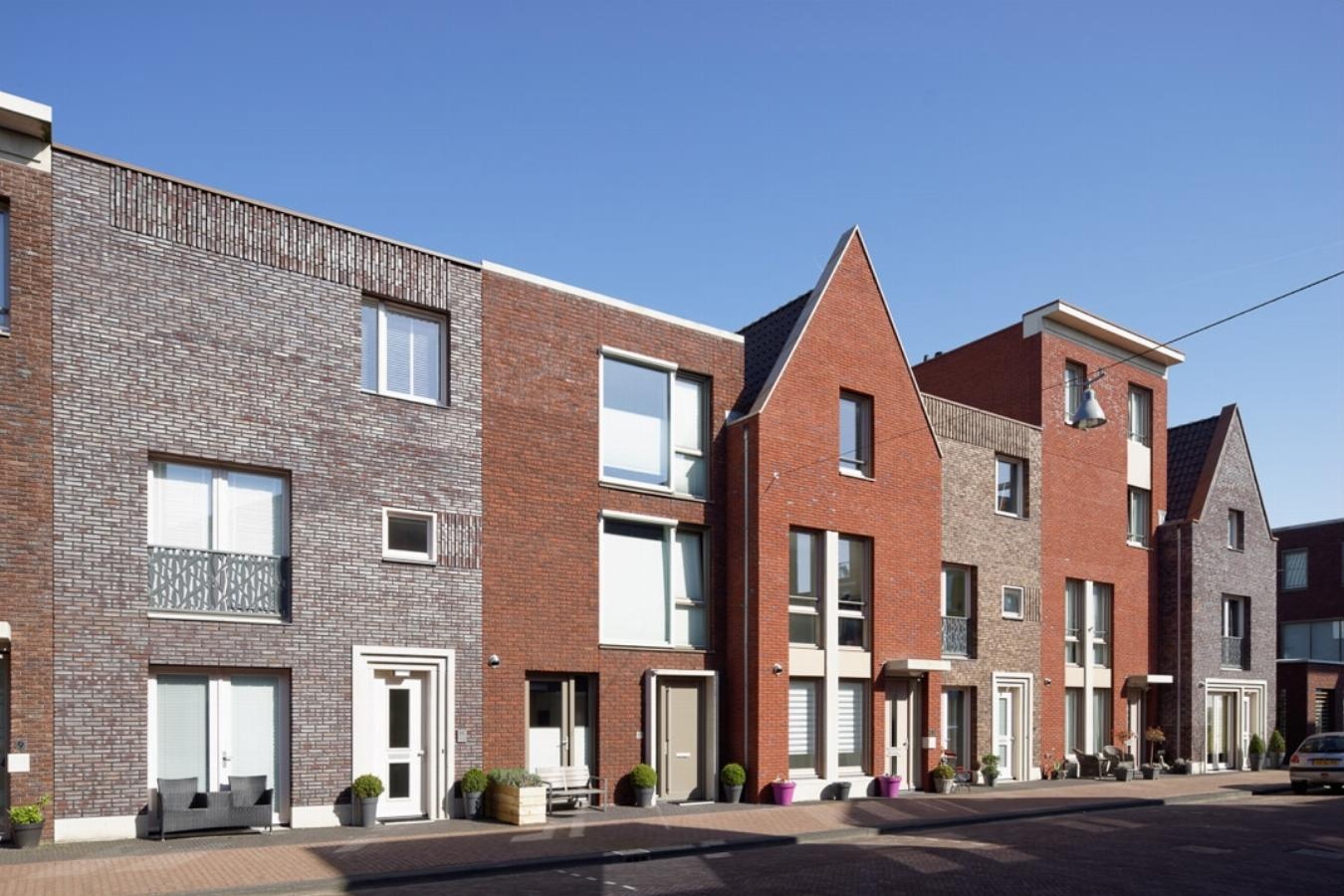 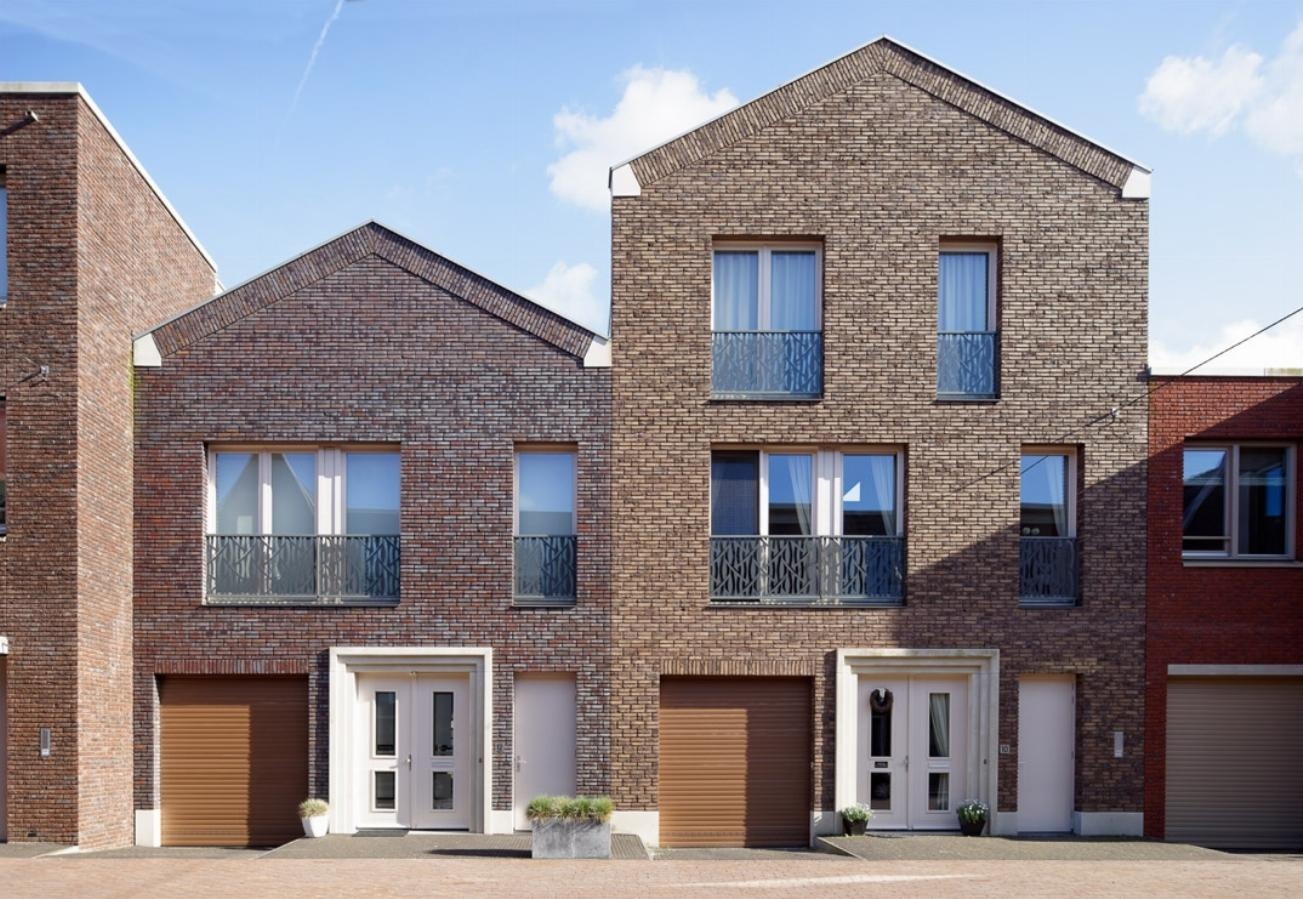 The plan ‘de Biezenhof’ is part of the new residential area ‘Waterrijk Woerden’ and is situated along a natural watery region. The urban scheme of ‘Waterrijk Woerden’ was designed by West 8 and refers to the traditional Dutch water cities such as Delft and Leiden. The design is made in collabiation with Klunder architects. Almost every dwelling is individual and has a specific connection to the water.

The plan of Biezenhof is divided in two parts: there is one block of family houses around a courtyard on the edge of the lake, and there is a row of water houses and apartments along a canal.

The buyers of the houses could choose between several types of houses as well as between four architects. Due to the possibilities in combining type and architect, not one house is the same. Every house has a singular character: the lake houses have a beautiful view on the lake, the street houses have a garden, and the canal houses enclose big terraces. In the public space there are a few parking places, the majority of parking places are organised in garages.

The houses designed by Knappers are characteristic because of the huge roof overhanging the façade. This contributes to the shelter-against-the water identity of the houses, and refers to the greenhouse glass constructions in the low lands. At the street side these houses are made of brick, which gives them a closed and open (to the light and the water) individuality.