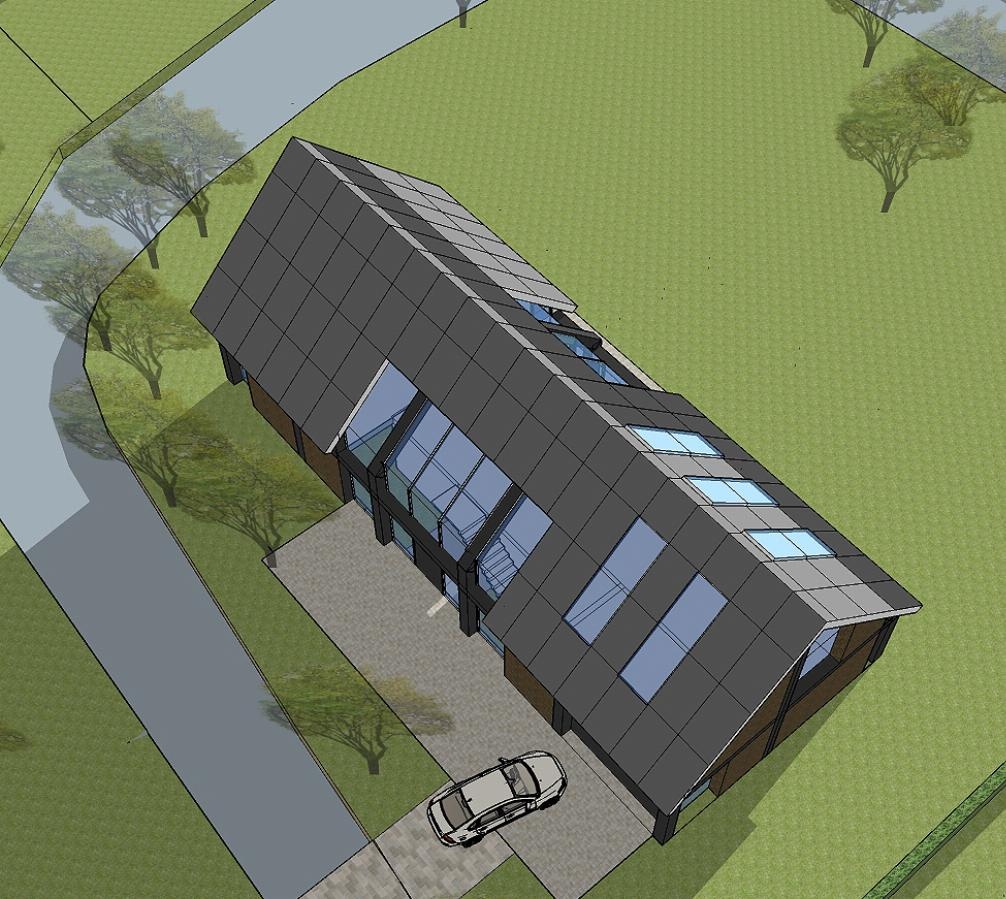 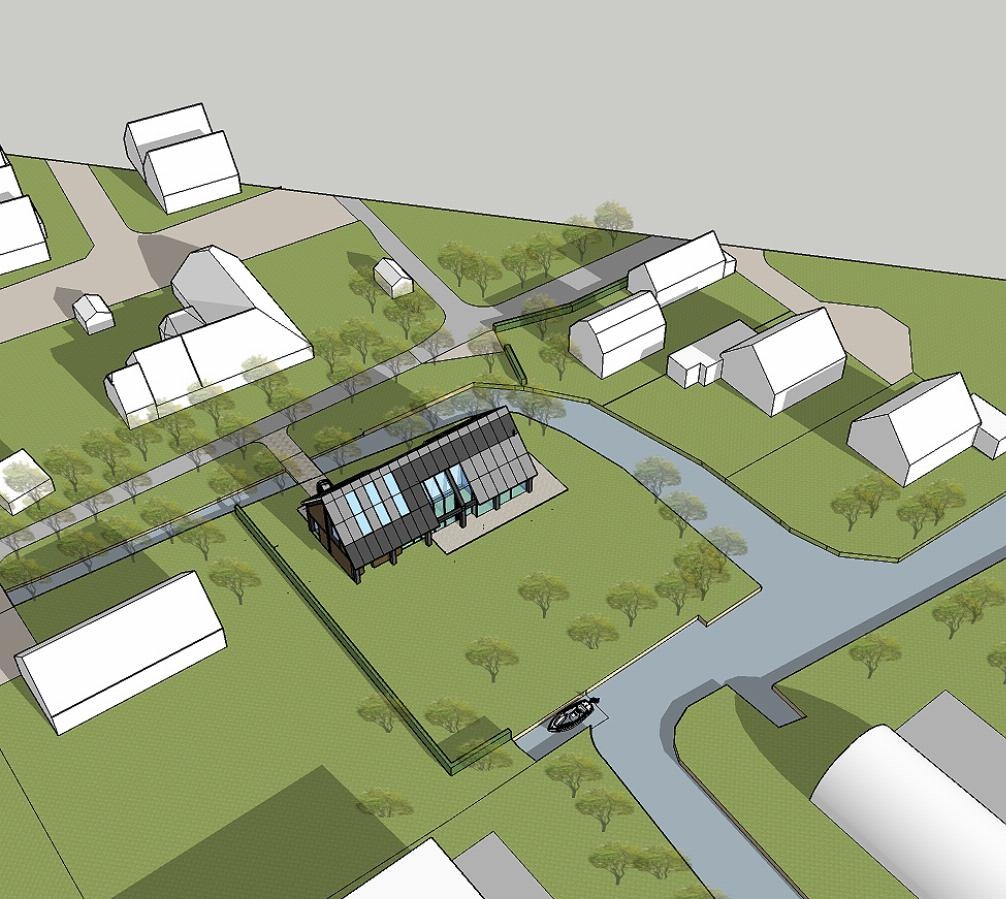 The ‘Oud Woelwijk’ farm, the oldest part of which dates from before 1528, was still standing at the beginning of the 20th century in a sea of lands and bushes to the south of the village center of Voorschoten. The farm formed an ensemble with the country estate of Roucoop. The country estate no longer exists, and from 1930 the built-up area has been advanced. Yet the Essenlaan is still a protected leafy lane that leads to the old farm. For a plot directly on the other side of the farm, we have made a design for a contemporary energy-neutral home. The single-storey house with hood is designed as an outbuilding of the farm. You reach the plot via a bridge that cuts through the historic woods at a clever location. A very spacious home has been designed partly due to a number of voids. The volume is still closed on the farm side. On the south side, the house opens to the large garden.